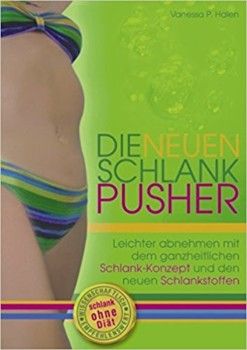 Of the artichoke, botanically known as Cynara scolymus, the leaves, roots, and occasionally the flower buds or a pressed juice from the fresh parts of the plant are used. In the common medicaments are however most frequently dry extracts from the fresh artichoke leaves contained.

Artichoke – For a healthy digestion

Artichoke is generally used for certain digestive problems with flatulence, especially when they are caused by a disorder of the biliary system. In addition, artichoke is traditionally used to aid digestion. In folk medicine, it is also commonly used as a preventive liver protectant.

Artichoke leaves and roots contain bitter substances, the most important of which is cynarin. Cynarin increases bile secretion and has a protective effect on liver cells.

In addition, cynarin has a positive effect on fat metabolism and leads to a reduction in blood lipids. High doses of artichoke extracts can also bring a disturbed liver-bile system back into balance.

When symptoms such as bloating, nausea, constipation or abdominal pain occur, the body usually produces too little bile juice, which is essential for the proper processing of fats.

Consequence of too little bile is an increase in blood fats cholesterol and triglycerides, which in turn can lead to arteriosclerosis and serious cardiovascular disease.

And this is exactly where the effect of the artichoke comes into play: it lowers the cholesterol level and protects the blood vessels and liver cells. According to the latest scientific research, the active ingredients cynaroside and luteolin, which are necessary for this effect, are found less in the fresh artichoke hearts than in the basic leaves of the plant.

Actually, the artichoke is not a direct means of losing weight. However, artichoke extract, taken in time before a meal, helps to better digest fats from food. This is especially important and helpful if you should eat a bit more, for example in a restaurant or at a party.

Then the artichoke performs excellent services in fat digestion. However, the artichoke is not a carte blanche for high-fat food. This should really only be an exception. In pharmacies, drugstores and health food stores are many different preparations in different dosages available: capsules, dragees, effervescent tablets and juice. For proper use, therefore, you should always read the package insert.