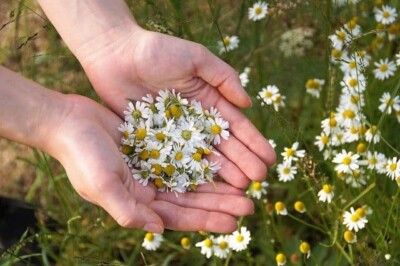 More and more people rely on alternative healing methods and medicines that nature gives us. We show you seven medicinal herbs that you can use as an alternative to ordinary medicines.

Especially for common illnesses such as colds, gastrointestinal disorders or mild depressive moods, it is not necessary to take strong medication immediately.

The knowledge of medicinal herbs, which has been collected over centuries, is experiencing a renaissance in today’s age. The most valuable & important medicinal herbs as well as country cuisines of the earth are again important sources for health and well-being.

More and more people want to live in harmony with nature and are turning to natural remedies. Also in gardens the cultivation of welfare herbs gets a higher value and herb migrations become in many places ever more in demand.

Because each medicinal herb has its own effect, which is used for certain diseases.

Thus, it is possible to replace common drugs of conventional medicine by using certain medicinal herbs: From flu-like infections to depressive moods – there is a herb for every ailment.

Great nasturtium: the alternative to antibiotics

The large nasturtium, also known as Tropaeolum majus, is a natural antibiotic. It has a high vitamin C content and has been shown to inhibit the proliferation of bacteria, viruses and fungi.

In addition, the large nasturtium contains mustard oil glycosides, which are found in the cruciferous plant genus and help with many infections.

In addition to these beneficial properties, it has been confirmed to have an anti-inflammatory effect. Mostly the nasturtium is used in connection with horseradish.

Chamomile flowers are a popular home remedy for intestinal disorders and inflammation of the gastric mucosa. Especially as a healing tea chamomile is used.

It has been proven to alleviate the symptoms of diarrhea, flatulence, irritable bowel syndrome and stomach upset.

Especially the essential oils contained in chamomile, such as bisabolol, matricine, chamazulene and flavonoids, have an antispasmodic, antibacterial and wound-healing effect.

Sage is good for sore throat

Like chamomile, sage is a universally popular home remedy for all throat infections.

Gargling with sage tea is recommended several times a day during an infection, as it has a disinfecting effect. Sage has been proven to kill viruses and soothe irritated mucous membranes.

Soothe the cough with thyme

Another herb that grows well in any garden and on any balcony is thyme. It is often used for seasoning dishes.

But what many people do not know, thyme is an excellent remedy for coughs.

Every month, many women are plagued by premenstrual syndrome (PMS) and menopause is also accompanied by all kinds of complaints. The medicinal herb monk’s pepper can help here.

Purple coneflower, or Echinacea purpurea, stimulates immune cells and interferes with immune system messengers in a regulatory manner. In addition, its antiseptic effect has been proven.

Already at the first signs of an influenza infection, the medicinal plant should be prepared, for example, as a tea. Echinacea helps to soften the infection or even prevent a cold right away.

In addition to coneflower, there are many other medicinal plants that strengthen the immune system.

Herbs against depressive mood
If the mood is not so good and this lasts for several weeks, then one speaks of a depressive mood. This condition does not need antidepressants at first.

Naturopathy also has a number of plants that are considered to be true mood lifters. Among them are:

These three medicinal herbs calm the mind and have a positive effect on the spirit. However, a doctor should be consulted if it is taken regularly. This is also true for most other medicinal herbs.

If symptoms persist despite regular use, a doctor’s opinion should always be sought to rule out serious diseases.